a mountain that defies

When the earth reaches the sky

It is believed that this imposing mountain that dominates the landscape received the nickname Estrela (star) in Neolithic times. When the Aldebaran star appeared in the sky, it was said that warm weather had returned and livestock could be herded on the mountain top under milder temperatures.

This is also a site populated by legends such as that of the Lagoa Escura (Dark Lagoon), which speaks of underwater monsters, enchanted moor princesses awaiting re-conquest by Islam and even reports of the remains of shipwrecks on the Seven Seas that loom in the lagoon.

Somewhere between Neolithic pragmatism and medieval mysticism, Serra da Estrela is now a tourist attraction offering a unique ethnographic and gastronomic ecosystem. It also plays host to the only ski resort in a country with a temperate climate.

Make one of our rooms your base, and set out to explore all that the Serra has to offer.

Come to the adventure! 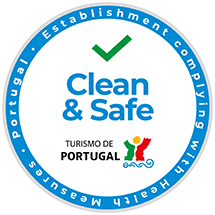